Prosource has announced plans to move its Dayton branch office to Austin Business Park this fall as part of the office technology company's expansion.

The company, which has eight locations in Ohio, Kentucky, West Virginia, and Indiana, said that the Dayton office will move from its current location on Springboro West Road to 2038 Byers Road in Austin Business Park effective Oct. 2.

Prosource CEO Brad Cates said that a need for more space for both a growing staff and variety of services at the Dayton branch was the impetus for the move. 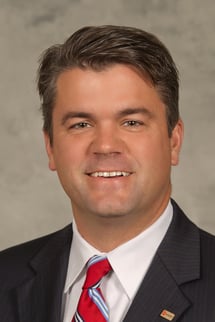 "We were looking to move in to a place that gave us more room and more space for growth, " Cates said. "We're making it more of a technology center."

Prosource, which provides office equipment, IT services, and document automation software, will also offer a customer experience center at the new Dayton location. The center will "accommodate first-hand, immersive demonstration of products and services from leading business technology partners."

Cates, who has been with the company for five years, said Prosource's workforce is growing in all of its locations, though the company doesn't have a specific number of new employees it hopes to hire.

"There's not a set target, but we are constantly hiring salespeople, tech engineers, and customer service," Cates said.

The Dayton branch currently employs approximately 15 people, and was established in 1991. Prosource was founded in 1985 as Cincinnati Copiers, and assumed its current name in 2005.

The Austin Business Park sits about two miles from the Austin Landing development and has seen speculative buildings built at the park, which have been rare for the Dayton region. But with the steady growth between Dayton and Cincinnati, more office space has been in demand.

Prosource and Kentucky Speedway have finalized a long-term agreement extending their partnership...

Prosource has been named a 2020 Elite Dealer by ENX Magazine, an award recognizing the nation’s top...